Full text of the piece set out below 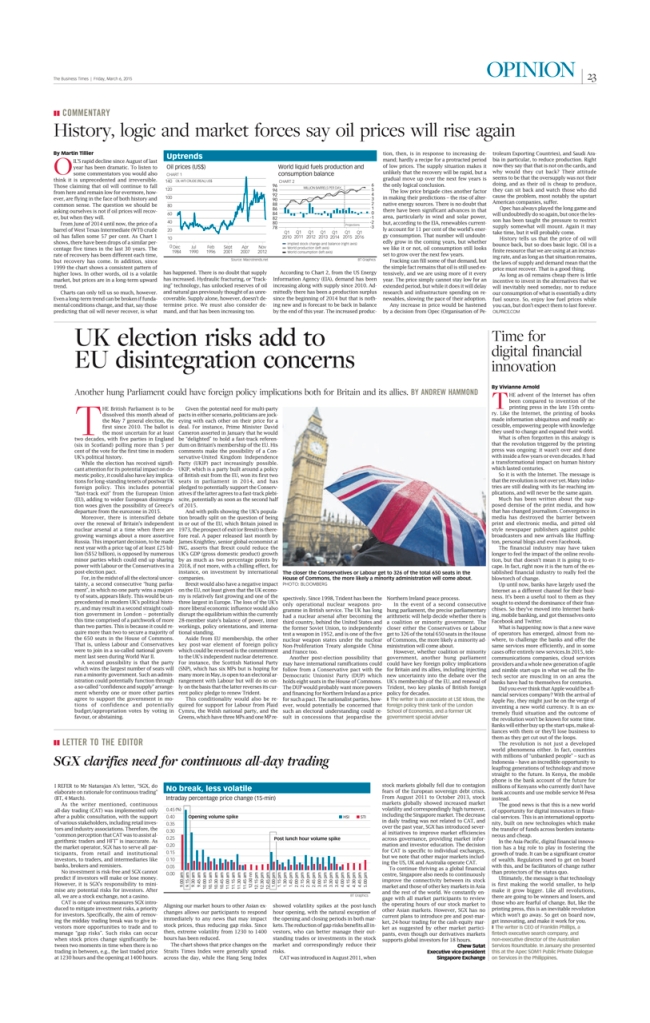 THE advent of the Internet has often been compared to invention of the printing press in the late 15th century. Like the Internet, the printing of books made information ubiquitous and readily accessible, empowering people with knowledge they used to change and expand their world.

What is often forgotten in this analogy is that the revolution triggered by the printing press was ongoing; it wasn’t over and done with inside a few years or even decades. It had a transformational impact on human history which lasted centuries.

So it is with the Internet. The message is that the revolution is not over yet. Many industries are still dealing with its far-reaching implications and will never be the same again.

Much has been written about the supposed demise of the print media, and how that has changed journalism. Convergence in media has destroyed the barrier between print and electronic media, and pitted old style newspaper publishers against public broadcasters and new arrivals like Huffington, personal blogs and even Facebook.

Up until now, banks have largely used the Internet as a different channel for their business. It’s been a useful tool to them as they sought to extend the dominance of their franchises. So they’ve moved into Internet banking, mobile banking, and got themselves onto Facebook and Twitter.

What is happening now is that a new wave of operators has emerged, almost from nowhere, to challenge the banks and offer the same services more efficiently, and in some cases offer entirely new services. In 2015, telecommunications companies, cloud services providers and a whole new generation of agile and nimble start-ups in what we call the fintech sector are muscling in on an area the banks have had to themselves for centuries.

Did you ever think that Apple would be a financial services company? With the arrival of Apple Pay, they might just be on the verge of inventing a new world currency. It is an extremely fluid situation and the outcome of the revolution won’t be known for some time. Banks will either buy up the start-ups, make alliances with them or they’ll lose business to them as they get cut out of the loops.

The revolution is not just a developed world phenomena either. In fact, countries with millions of “unbanked people” – such as Indonesia – have an incredible opportunity to leapfrog generations of technology and move straight to the future. In Kenya, the mobile phone is the bank account of the future for millions of Kenyans who currently don’t have bank accounts and use mobile service M-Pesa instead.

The good news is that this is a new world of opportunity for digital innovators in financial services. This is an international opportunity, built on new technologies which make the transfer of funds across borders instantaneous and cheap.

In the Asia-Pacific, digital financial innovation has a big role to play in fostering the growth of trade. It can be a significant creator of wealth. Regulators need to get on board with this, and be facilitators of change rather than protectors of the status quo.

Ultimately, the message is that technology is first making the world smaller, to help make it grow bigger. Like all revolutions, there are going to be winners and losers, and those who are fearful of change. But, like the printing press, this is an inevitable revolution which won’t go away. So get on board now, get innovating, and make it work for you.

* The writer is CEO of Franklin Phillips, a fintech executive search company, and non-executive director of the Australian Services Roundtable. In January she presented this at the Apec SOM1 Public Private Dialogue on Services in the Philippines.